In 1997, while walking through a side corridor of the Agape International Spiritual Center, a hand written note taped to one of the doors caught my eyes: "A Meeting for a Season for Nonviolence".  I felt an immediate excitement and knew that I belong there.  When the meeting facilitator arrived, she informed me that she couldn't give me any more details but I will probably hear more about it in the near future, .

I couldn't stop thinking about it. One day I incidentally heard that the same group was meeting at someone's house. Uncharacteristic of me, I drove there and knocked on the door. I reverently said that I have a feeling I am supposed to be a part of this project--whatever it is.  To my surprise, I was welcomed.

A Season for Nonviolence

A Season for Nonviolence  is a 64-day campaign between January 30th and April 4th which was first initiated by Mahatma Gandhi's grandson, Arun Gandhi in 1998  to commemorate the legacy of Nonviolence between the 50th Memorial anniversary if his grandfather death and the 30th Memorial anniversaries of Martin Luther King jr. Both of these giants led grassroots movements of masses for social change in a nonviolent way.  The group I joined was elected by Arun Gandhi to lead this campaign in Los Angeles calling it, SNV‪-‬LA.
On January 30th, 1998 the "Season" was opened in a central ceremony in the United Nations.  Organizations in 111 different cities in the US and 10 other countries initiated local grassroots campaigns with thousands in attendance.  This re-ignited the spirit and practice of nonviolence as a powerful way to heal, transform and empower people and communities.

At a certain point when we transitioned from planning to implementation and there were no funds for salaries, I meditated and asked for guidance. What I heard inside of me caused intense excitement on the one hand mixed with fear that sent a shiver through my body on the other... "place all your cards on this.....burn all the bridges behind you and don't look back!" I  told the project manager that I was coming to work with her full time. How will I survive? How will I pay the bills? What if at all, do I have to offer? Who do I think I am?
Maybe it is the kind of fear which shows up when we truly meet a calling.... maybe we feel that it just might demand too much of us, more than we believe we can give... But something in us knows we cannot resign...  it is an evolutionary impulse from our future, the part of us that already knows, already has all the answers and the resources and even in the moments when we feel too small, too weak, not talented enough or sufficiently capable, this part illuminates our path.  Eventually, we cross the abyss of fear to the shores of safe haven where we are welcomed by our beloved soul who takes care of all our needs

Heeding the Call of the Soul - A Rewarding Undertaking

Full time it was. 10-14 hours a day with no pay.  After about 5 months of intensive work, about 1000 people participated in our opening ceremonies in an auditorium filled to capacity.  During the campaign we touched, dialogued with, taught and reached over 35,000 people through 174 events throughout the city. 280 organizations declared their support and many cooperative projects were initiated and continued to flourish for years to come.

I found out how much support I get from the universe when I walk in my soul's path. I discovered abilities I didn't know I had; skills I took for granted.  I felt how much I flourish when i work in cooperation with like-minded individuals in a field where knowledge, resources, intention and experience are shared.  I met amazing people who became inspirational mentors and guides. I set at the feet, and learned from the mouth of people who led nonviolent campaigns for social change under intolerable conditions and I caught this bug of Nonviolence which I found to be an expression of the highest qualities of what it means to be human.  I felt that I am reconnecting to my spiritual birthplace, to my tribe, my home... 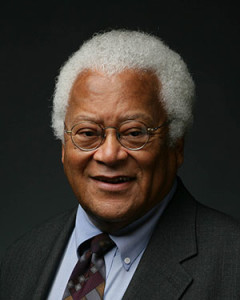 During the campaign, we initiated meetings for the general public with  Rev‪.‬ James Lawson who was Dr. Martin Luther King's mentor and designer of several of the Civil Rights Movement most well known nonviolent campaigns. Those meetings were so blessed that after the end of the campaign we extended them and for the following 3 years, we learned from the mouth of the master himself.  We participated in several social campaign and learned to discern nonviolence as a tactic from nonviolence as a way of life based in moral principles.

Upon completion of the 64 day campaign, there seemed to be such a momentum that we established The Center for the Advancement of Nonviolence.  The purpose of the Center was to introduce nonviolence into Education, continue fostering collaborations with like-minded organizations and people and to initiate pathways for the spread and practical applications of nonviolence as a tool for personal and social transformations.

Nonviolence in the Parliament of the World Religions in CapeTown, South Africa

in 1999, my relationship with "A Season for Nonviolence" opened an opportunity for me to represent our organization at the  Parliament of the World Religions in CapeTown, South Africa where I was privileged to be present at a grand welcoming by Nelson Mandela at a huge stadium as well as at an even more moving installation of a Peace Pole at the Robin Island penitentiary. 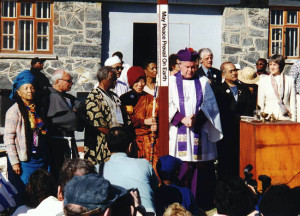 In addition, I met at this large gathering a Sufi Master from Senegal who changed my life and with this mystical  teacher, I eventually arrived to participate in the United Nation Millennium World Peace Summit of Religious & Spiritual Leaders in 2000.

In 2003 I left my job with DPSS and together with my former campaign manger, Eisha Mason who has become a really close friend , we started a seminar business "Soulforce Trainings" offering workshops & courses inspired by the principles & practices of nonviolence for individuals, groups and organizations.  For more info about these courses you can find  Here.

Nonviolence - A Triumph of the Human Spirit

All this has begun with a simple hand-written note, stuck on a simple door in a simple corridor and simply listening to my inner voice.

On a more personal note, I can say that nonviolence for me is simply an island of sanity; a truth that honors human dignity and allows me to maintain my center and know that I have an accessible & undeniable power even if outwardly it seems as if I may be powerless.  Nonviolent campaigns have certainly achieved impressive accomplishments in history however, it doesn't mean they have necessarily succeed every time.  Never the less, they always awakened in society vision, hope and love which continue to vibrate in the field of human consciousness.  It is always a triumph of the human spirit.

I invite you to study, get interested in, read & research nonviolent principles and the history which we do not learn in schools. Find the power & promise in nonviolence and get inspired.

UPAYA offers several workshops & courses in the field of nonviolence which can be sponsored and organized.

"Those who have to bring about radical changes in human conditions and surroundings cannot do it except by raising ferment in society.  There are only two ways of doing this, violent and nonviolent.  Violent pressure is felt on the physical being and degrades him who uses it as it depresses the victim, but nonviolent pressure exerted through self-suffering touches not the physical body, but strengthens the moral fiber of those against whom it is directed".
Mahatma Gandhi

“Nonviolence is a powerful and just weapon. It is a weapon unique in history, which cuts without wounding and ennobles the one who wields it. It is a sword that heals. With practical and moral answer to the oppressed people’s cry for justice, nonviolent action proved that it could win victories without losing wars.”
Rev. Martin Luther King Jr. 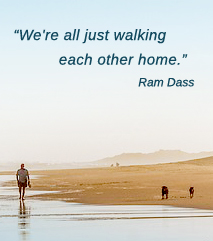 Good & Evil on the Sidewalk of Social Justice

It is September 2005. The war in Iraq is in full swing. We join a Code Pink* candle light vigil in

Spiritual Initiation on a NewYork Subway

When Destiny Calls… A Divine Appointment

A Prayer of Peace for the Middle East

Oh Great Master of the Universe; God full of Mercy and Compassion; Bismi-llah ir-Rahman ir-Rahim; You are the One Reality;

When someone is suffering, the most powerful thing we can do is bear witness. We bear witness by keeping our
Disclaimer: All content displayed on this website is based upon the research, study and experience of the owner and is presented for educational purposes only. No statement on this site should be considered a medical advice and is not intended to diagnose, treat or cure any medical or psychological condition. Also, no product or nutritional supplement mentioned and/or described here is intended to be a substitute for the diagnosis, treatment or prevention of diseases. Always seek professional medical advice tailored to your individual circumstances. We encourage you to make your own health care decisions based upon your research and in consultation with a licensed health care professional. Your use of this site indicates your agreement to these terms.
All Rights Reserved © Michal Golan | Terms of Use | Privacy Policy
Design: Yair Lisaeei | Site: Micky Cartoon
Scroll to top
Skip to content